The Force Is Strong With These Adidas Star Wars Sneakers 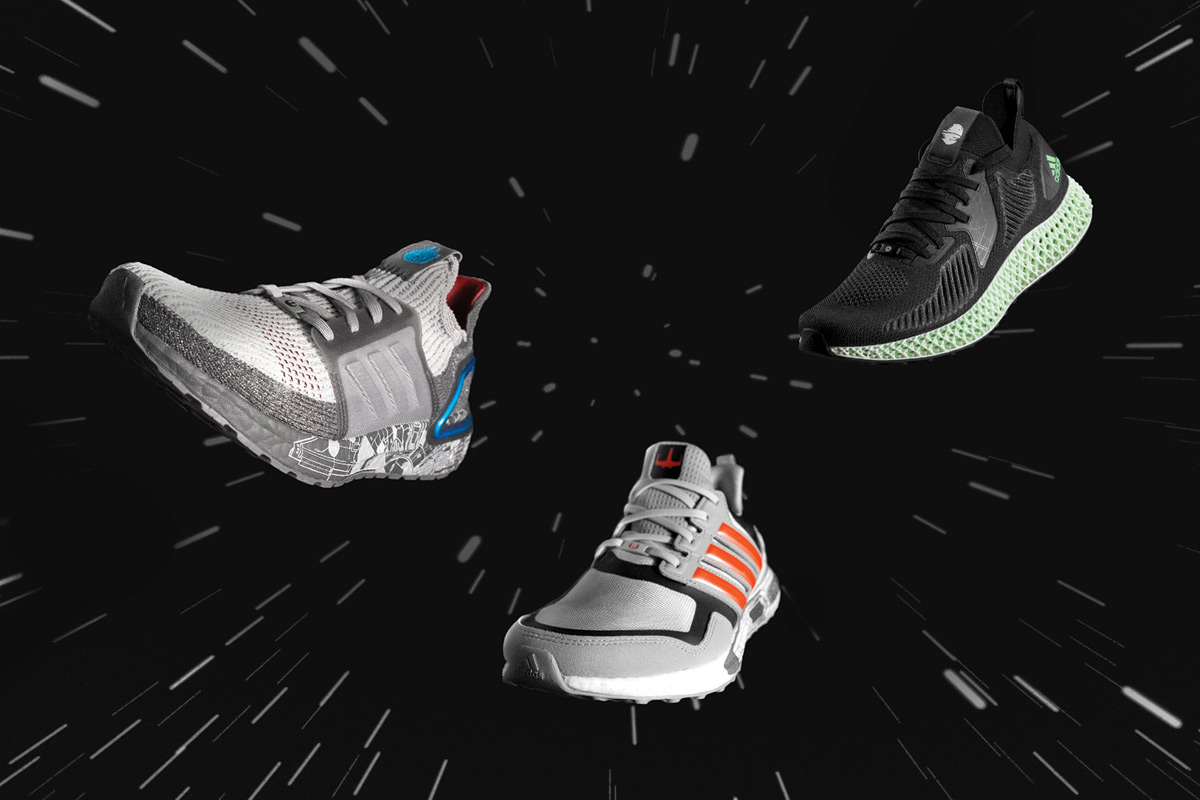 With Star Wars: The Rise of the Skywalker set to hit theaters next month, plenty of brands are cashing in on this opportunity with special collaborations, including sneaker brand adidas.

Personally, the Lightsaber-themed pack did not do much for me, as I am not really a basketball shoes kind of guy, and I found the designs to be a little over-the-top. But this Space Battle pack is definitely working for me, building upon three of adidas’ most popular running shoes, the Ultraboost S&L, Ultraboost 19 and Alphaedge 4D. 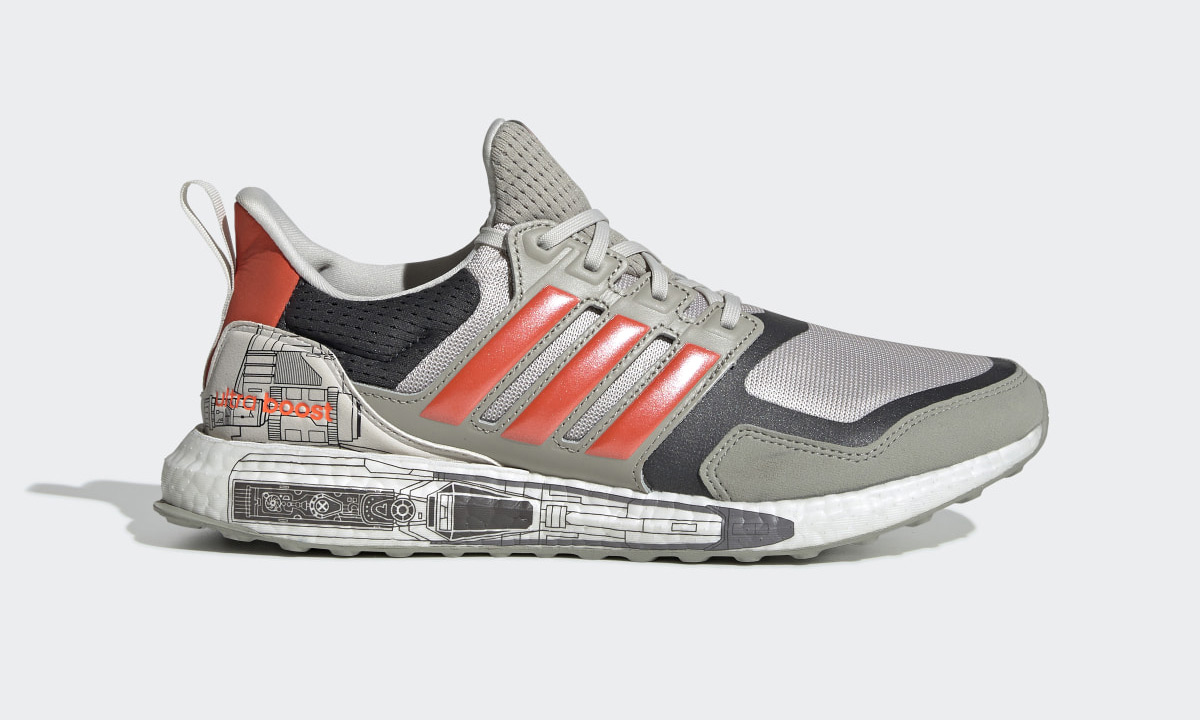 The X-Wing Starfighter inspired Ultraboost S&L shoe leads the pack, donning a color palette reminiscent of the ship’s grey and orange artillery and outer shell. The Most Responsive Shoe in the Galaxy comes equipped with glow-in-the-dark elements, semi-shiny engineered mesh and metalized stripes, making it a standout in low-light environments. A leather cage sits atop a Boost sole and the style is finished with iconic quotes like “STAY ON TARGET” and “THE FORCE WILL BE WITH YOU, ALWAYS” on each heel’s webbing. 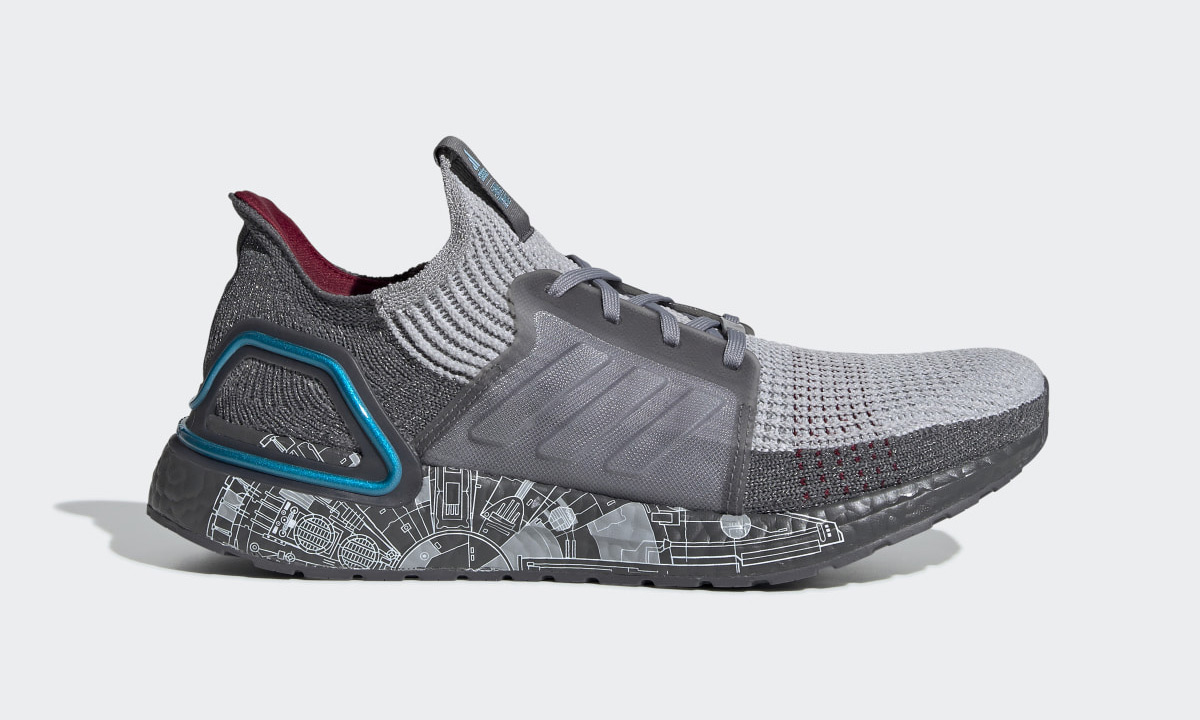 The Millennium Falcon inspired Ultraboost 19 shoe immortalizes yet another iconic starship. Owning a grey and blue finish, the silhouette is elevated with a metallic yarn makeup, matte metalized cage, metalized heel counter, and illuminative elements. Similar to its Ultraboost counterpart, the style comes emblazoned with notable phrases like “JUMP TO LIGHTSPEED,” and “NEVER TELL ME THE ODDS.” 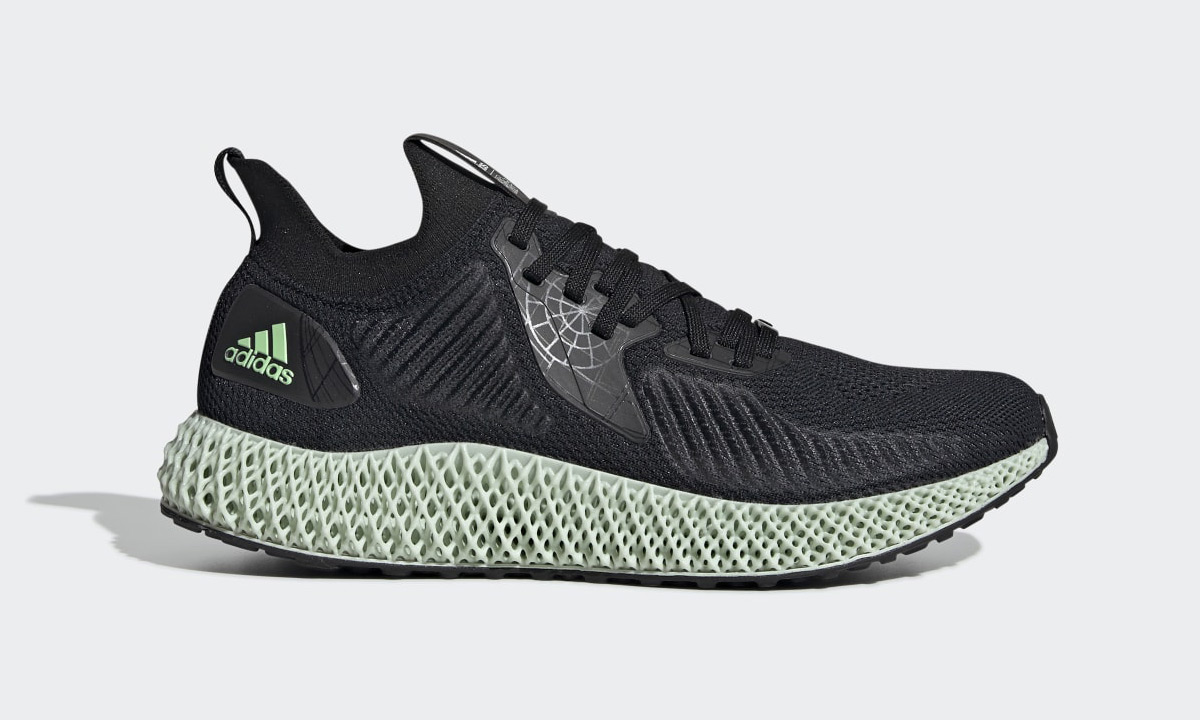 Rounding out the pack is The Death Star focused Alphaedge 4D shoe, which pays homage to the film’s most notorious space station. Its glow-in-the-dark elements are fused with a knit, metallic-yarn upper that’s fixed to the shoes 3D-printed 4D midsole. Collectively, the style dons an infamous laser green and space black colorway, finished with “THAT’S NO MOON” and “THE POWER OF THE DARK SIDE” slogans.

If you’re ready to pilot your destiny in starship-inspired running shoes from adidas x Star Wars, head over to adidas.com before it’s too late. Prices range from $180-300.