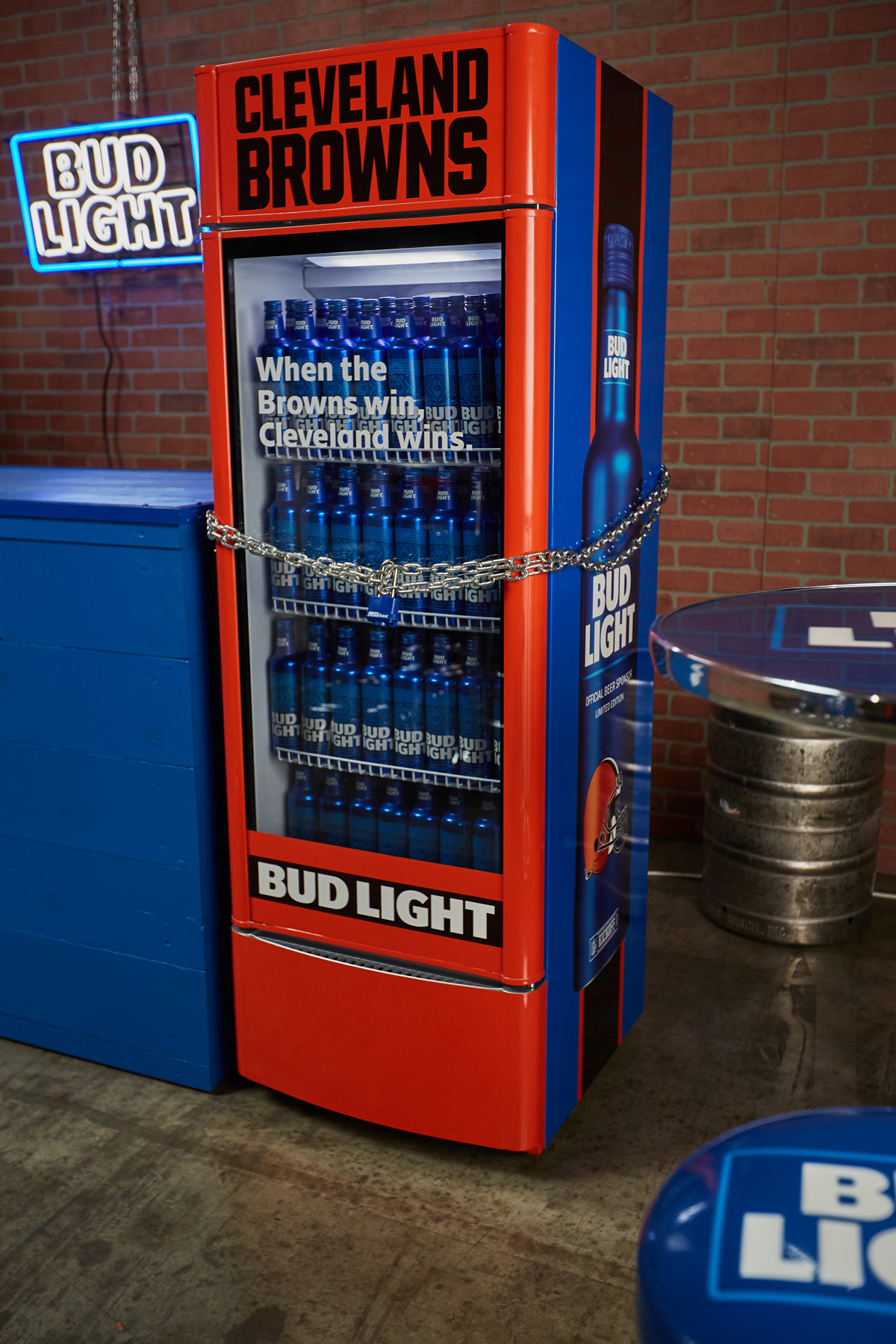 To say that the Cleveland Browns have been on a losing streak would be putting it mildly. The team has only won a single game in the past two seasons. In fact, Johnny Manziel was the last quarterback to win a game for the Browns. Pretty crazy, right?

Bud Light believes in the Browns though, and to show their support they’ve rolled out a bunch of Victory Fridges across various Cleveland watering holes, filled with ice-cold Bud Light. The only catch? These fridges are currently locked.

Featuring a smart-technology, all of the Victory Fridges will simultaneously unlock after the Browns capture their first regular-season victory and snap their winless streak, giving fans 21 and over the chance to enjoy the sweet taste of victory together. Dilly Dilly!

“The Bud Light Browns ‘Victory Fridge’ is a fun way to celebrate and reward a fanbase that has never wavered in enthusiasm or dedication for their team no matter what happens. We’re proud to show our support for Cleveland, and we’re always looking to bring NFL fans and friends together for memorable experiences. It’s going to be fun to be part of the celebration when the team earns their first victory of the season,” said Andy Goeler, Vice-President of Marketing, Bud Light.

Woo-Hoo, Panda Express Brought Back Their Honey Sesame Chicken Breast!
Chick-fil-A Is Giving Away Free Chicken Nuggets Until The End Of September