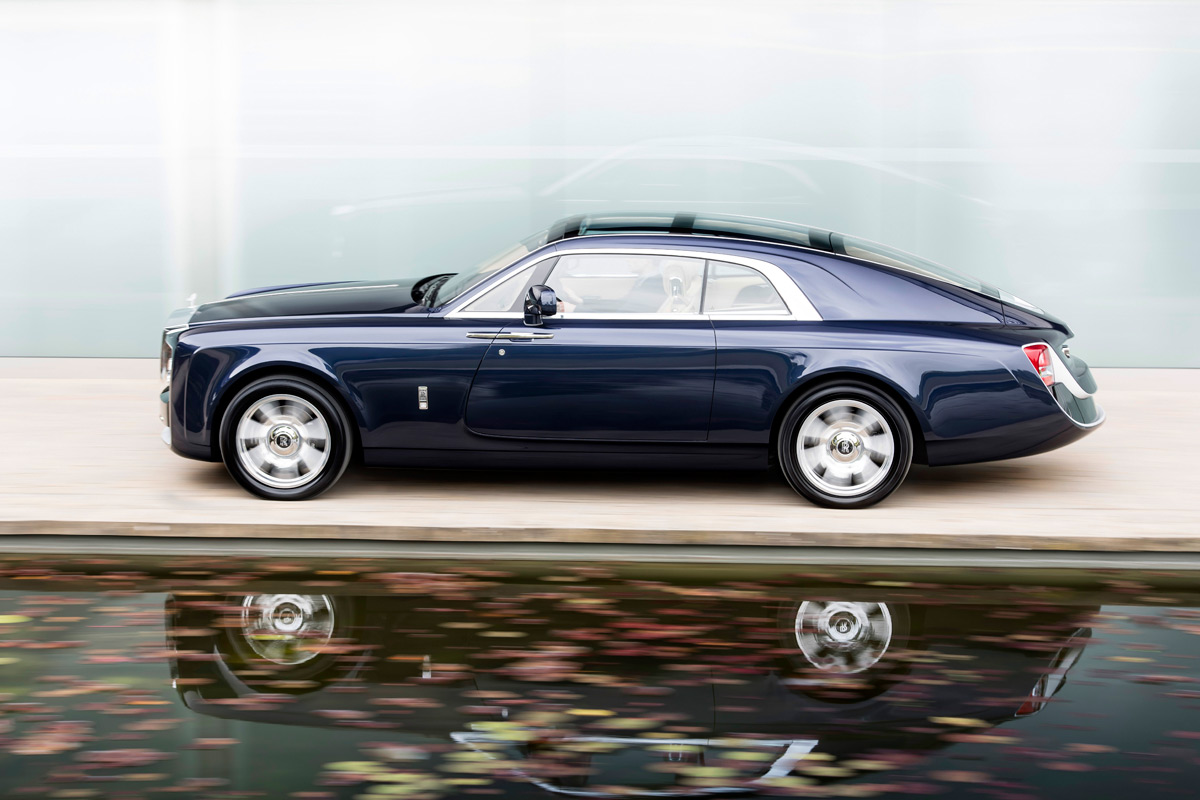 In 2013, one of Rolls-Royce’s most valued customers approached the British brand to build him a completely unique, one-off luxury motor car like no other. Four years and $12 million later, his vision rolled onto the lawn at the Concorso d’Eleganza at Villa d’Este, and it was simply breathtaking.

The Rolls-Royce Sweptail is named after the tapered “swept tail” rear ends that helped make the company’s Phantoms famous in the 1920s and 1930s. In fact, many of this beskoke car’s design elements were inspired by those iconic coupes, including the 1925 Phantom I Round Door built by Jonckheere; the 1934 Phantom II Streamline Saloon by Park Ward; the 1934 Gurney Nutting Phantom II Two Door Light Saloon; and the 1934 Park Ward 20/25 Limousine Coupé, all ultimate examples of the coachbuilder’s art. 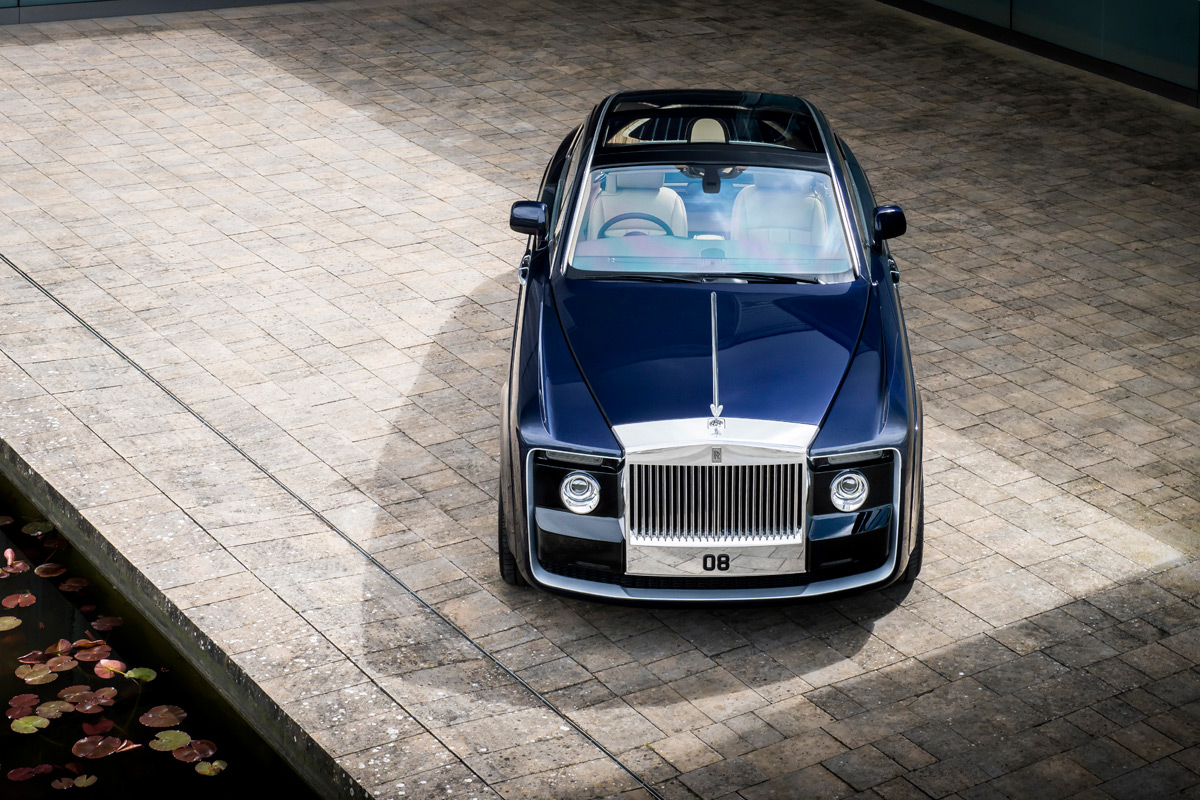 But the most distinctive feature of the Sweptail is its sweeping, tapered panoramic glass roof that extends all the way back to the trunk, giving passengers a view of the sky like no other. Or as Rolls-Royce puts it in their ridiculous press release, “What a place to be as one watches the world slip by through the vast windows and roof, detached from the world in a cocoon of luxury whilst feeling one is part of that passing landscape.”

Step inside, and you’re greeted by generous quantities of polished Macassar Ebony and exotic Paldao wood in contrasting dark and light tones, set off by gorgeous Moccasin and Dark Spice leather wrapping the seats, armrests and dashboard top. The center console hides a champagne chiller and two crystal flutes. Instead of a hidden umbrella like in the Dawn, concealed in the walls are a pair of carbon fiber attaché cases, which match a full set of custom luggage found in the trunk. 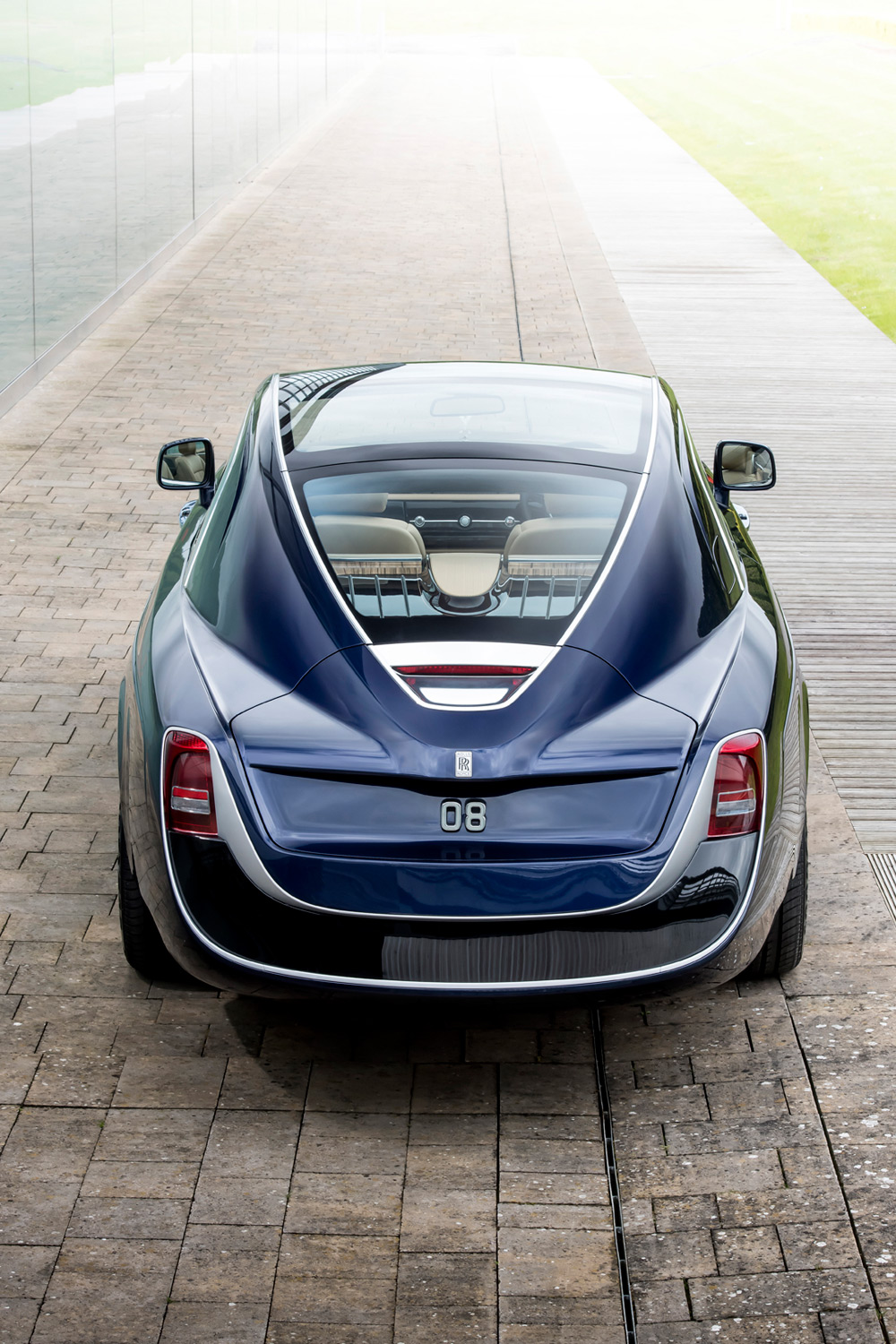 As for the rear seats, they’ve been removed to make way for a highly polished wood shelf with an illuminated glass lip, inset with luggage rails, designed for the owner’s hat.

The Rolls-Royce Sweptail is a tribute to the lost art of coachbuilding, and I have a feeling that we’re going to see more and more of these modern, bespoke Rolls-Royce’s in the future, as rich people don’t want to be seen driving the same old thing as every other multimillionaire. 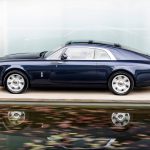 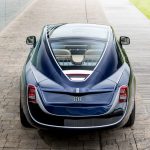 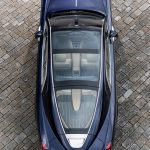 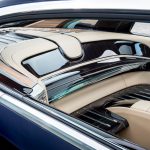 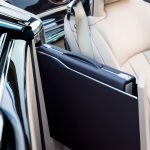 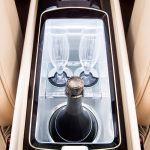 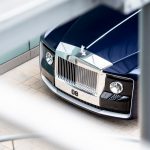 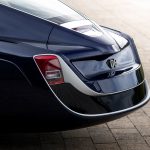 And here’s a video from effspot, who was at the Concorso d’Eleganza for the Sweptail’s unveiling:

What do you think of the $12 Million Rolls-Royce Sweptail?

The BMW Concept 8 Series Is Beyond Stunning, A True Work Of Art
Ritz-Carlton Is Launching An Ultra-Luxury Cruise Line For The Super Rich